Even by the harshest of gauging parameters, the Panama Canal is nothing short of an engineering marvel and testament to human ingenuity. Currently in its 104th year of serving as a man-made marine shortcut between the Atlantic and Pacific oceans, this fascinating inter-oceanic artery operates through a system of dual-lane lock complexes.

Those privileged enough to have traveled on the waterway, as your correspondent recently did, would notice the locks – including the iconic Miraflores and Pedro Miguel locks – serve as water lifts to raise or lower ships from the Pacific or Atlantic Oceans, depending on their North or Southbound routes, either side of the Isthmus of Panama, to the artificial Gatun Lake 27 meters above sea level; the Canal’s connecting water body for transit.

The entire process and interim journey takes 8 to 12 hours depending on traffic, saving shippers time and money. For example, a voyage from Houston, Texas, U.S. to Chiba, Japan, takes about 30 days via the Panama Canal, compared with 45 to 48 days via the Suez Canal, 50 to 52 days via the Cape of Good Hope and 54 to 56 days via Cape Horn, on average depending on maritime conditions.

Unsurprisingly, eyeing bigger business opportunities, and following an approval via a public referendum, the country’s government decided to invest $5.3 billion to expand the Panama Canal in 2007. The expanded canal, inaugurated on 26 June 2016, saw two new lock complexes on the Pacific and Atlantic sides double its capacity and ability to handle larger ‘Neopanamax’ (or Aframax) class vessels.

The move appears to be paying off. The expanded canal recorded its 3,000th Neopanamax crossing in March, less than two years on from its inauguration. And there is also a slow, but sure, altering of the clientele, according to the Panama Canal Authority (PCA), the agency of the government of Panama responsible for operating and managing the Canal.

Vessels loaded with the proceeds of U.S. shale – be it Liquefied Petroleum Gas (LPG), Liquefied Natural Gas (LNG), condensates and limited volumes of crude oil – are crossing the maritime artery on their way to East Asia in ever greater numbers, if the PCA’s latest available data is anything to go by, atop other route permutations in the Americas.

The figure compares favorably with the number of transits by containerized cargo ships (at 2,493 transits); dry-bulk vessels (at 2,915) and chemical tankers (at 1,959) in the same period.

PCA says the expanded Canal’s expansion, a mere six months on from U.S. President Barack Obama’s decision to lift a moratorium on American crude oil exports, and rising natural gas exports from the Gulf Coast following the American shale bonanza, has had a “transformative impact” on the cargo mix transiting through the canal.

Of course, the PCA is keen flag its global credentials with “144 trade routes traveling through the waterway, serving some 1,700 ports worldwide, including 85 direct destinations in Europe and the Americas.” But even a perfunctory study would reveal the U.S. is by and large the most active user of the canal.

While on the Canal onboard the Pacific Queen, and onshore from the Miraflores Locks observation center on chosen dates in April, your correspondent reconciled any tanker he spotted with its route on Marine Traffic website, to draw a conclusion that 75% of the tankers were either originating from or heading to the U.S.

Official PCA figures, ironing out daily fluctuations, put U.S. transits at 68%; well above second-placed Chinese transits at 18%. Narrowing U.S. transit data down even further, it emerges that the state of Texas is the Panama Canal’s top trading partner via its petrochemical and gas exports.

Fueled by shale, U.S. exporters have plenty to be happy with the expansion. Prior to its expansion, the Panama Canal could only accommodate Panamax vessels of up to about 80,000 deadweight (dwt) and a draft of under 39.5 feet. However, following the expansion, and what the PCA describes as “other logistical improvements”, the Canal can currently accommodate the aforementioned Neopanamax class vessels, capable of carrying 120,000 dwt; the preferred capacity size of 80% of the world’s LNG fleet.

Inevitably many Panamanian eyes are on dispatches from Sabine Pass on the Texas-Louisiana border, which houses Cheniere Energy’s LNG export terminal; currently the only LNG exporting facility in the Lower 48 U.S. states. The company recently dispatched its first cargo to India, and its Chief Executive Officer Jack Fusco says his intention is to double production capacity.

Petrochemical transits originating in Freeport and Port Arthur nearby, plus a proposed $1 billion expansion of the Port of New Orleans in Meraux, Louisiana, are also causing considerable excitement for the PCA.

However, that excitement should be tempered, especially as crude oil transits through the Panama Canal are likely to remain low, says Barbara Troner, Houston-based Managing Editor, Americas Tankers Content at S&P Global Platts.

“Much of the growth is coming from LPG transits through the Panama Canal, and that has made the U.S. Japan’s biggest LPG supplier and a key player in the Asia Pacific. This is followed by Naphtha and other condensate volumes. By contrast crude tankers accounted for less than 1% of transits between June 2016 and 2017; the first 12 operating months of the expanded Canal.”

And there are infrastructural and logistical impediments too. VLCCs or ‘Very Large Crude Carriers’ of 550,000 dwt capacity, preferred by large oil traders, cannot transit through the Canal. Lower volumes, given the Canal’s toll charges, don’t make sense for many, given arbitrage opportunities in Asia often influence the direction of travel.

Furthermore, in August 2017, the PCA raised its toll charges by 30%, costing some of the largest Neopanamax vessels in excess of $500,000 to $800,000 per crossing, something the authority counters by claiming it would cost three times as much, if such vessels were to make the journey around Cape Horn or the Cape of Good Hope.

Troner says Platts has anecdotal evidence suggesting some LPG traders expect Panama Canal crossings by VLGCs or ‘Very Large Gas Carriers’ to decrease as more vessels opt for the longer route to Asia via the Cape of Good Hope, which can take about 45 days from the U.S. Gulf Coast, compared with 25 to 30 days through the canal, but she adds that ultimately “the market will determine if you need to get there quickly or not.”

Maritime congestion and pace with which the Canal gets to grips with what the expansion originally promised to deliver, will also have a huge bearing on the direction of the cargo, says David Lang, Global Head of LNG at Baker McKenzie. 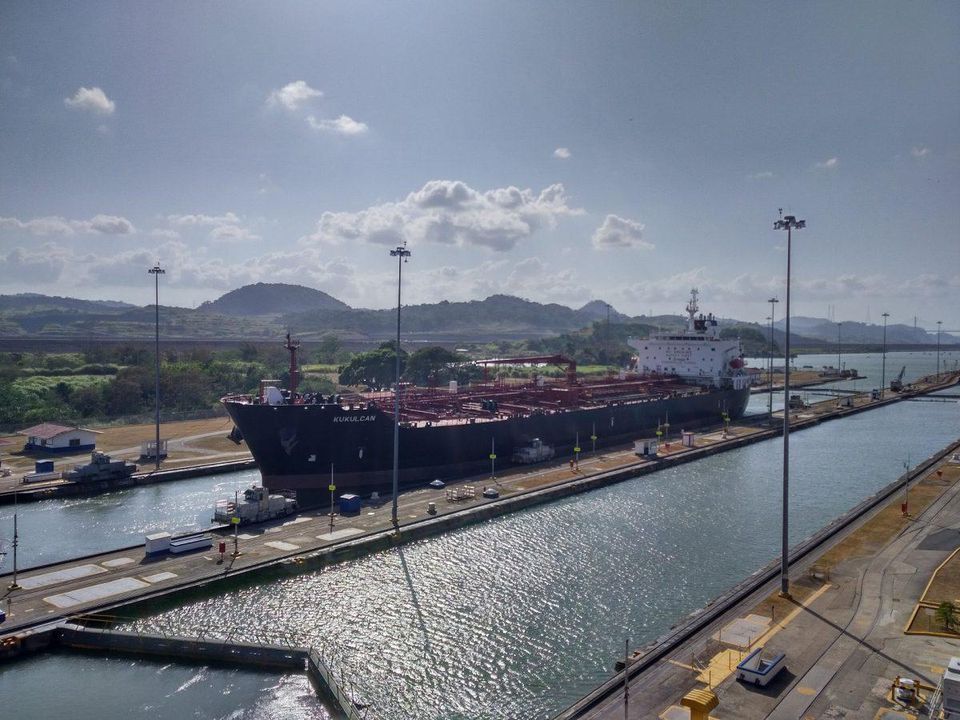 “While the expansion of the canal is surely beneficial in helping to bring together the Atlantic and Pacific LNG trading basins, capacity constraints may result in continued segmentation of these two basins.”

The PCA promises to up its game but insists increases in toll charges made last year were necessary to “facilitate the Canal’s goal of providing outstanding service and reliability to the global shipping and maritime community, while allowing the PCA to safeguard the competitiveness of the waterway.”

Yet as U.S. LPG, LNG and condensate transits continue to rise, it might be minded to be more accommodative and restrained in raising toll charges. Revenue bonanza or not, the expanded Panama Canal is likely to face its own shale gale over the coming years as much of the industry already has.