Credit Deflation and Gold Gold and precious metals mining shares are casualties of panic selling across all financial markets. The scenario is similar to what happened in 2008 during the global financial crisis (GFC). When the general selling exhausted itself in late 2008, gold and mining shares delivered superior absolute and […]

John Robson: You can’t ‘stimulate’ your way out of a pandemic-driven recession

With the COVID-19 pandemic, everyone tells governments to “stimulate” something called “the economy” through deficits and cuts in interest rates so that we do not have less wealth just because people cannot go to work and create it. Concerning this, it has been suggested that economic theory may not be […]

Peter Schiff: We’ve Passed the Point of No Return

The Federal Reserve cut rates to zero and expanded quantitative easing on Sunday. How did the markets reward this latest monetary stimulus? They crashed. In his podcast, Peter said he thinks we’ve passed the point of no return. The Dow Jones plunged another 2,997 points, a 12.9% selloff. It was […]

Philip Cross: The limits of monetary and fiscal stimulus 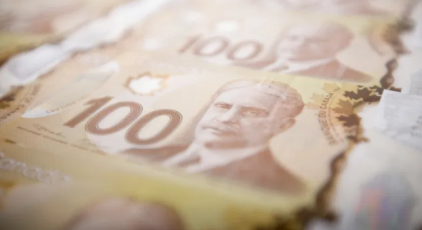 Canada wasted its opportunity to focus on policies that raise long-term potential, which means we have fewer and less effective tools to combat slumping global growth As prospects dim for the global economy, policy-makers reflexively turn to more stimulus — as they have done for a decade at the first sign of slowdown. […]

Here’s what could really sink the global economy: $19 trillion in risky corporate debt

London (CNN Business) Companies have spent the years since the global financial crisis binging on debt. Now, as the coronavirus pandemic threatens to push the world into recession, the bill could come due — exacerbating damage to the economy and feeding a meltdown in financial markets. Looking to take advantage of low […]

There is no need to emphasize now that there is no other option in any advanced country than to apply drastic measures to reduce the probability that members of its population will become infected with the coronavirus. As the average age of those who died from the disease in the […]

The academic best known for coming up with the idea of the VIX — also know as Wall Street’s fear gauge — says that the fear looming over the markets now is far greater than the fear we faced in 2008. Dan Galai, a professor at the Hebrew University of Jerusalem told Bloomberg: “The […]

Notably, Euro Pacific Capital CEO Peter Schiff said he believes the Federal Reserve will do whatever it takes to reinflate the bubble after Wall Street collapsed this week in a bear market. And things are certainly very bad right now, even casual observers are generally aware that stocks have fallen […]

The seeds of the next debt crisis

It should be noted that with debt levels already at a record level, there are those who consider that the coronavirus increases the risk of a credit crisis in a world of low-interest rates. Undoubtedly, the shock caused by the coronavirus in markets around the world coincides with a dangerous […]