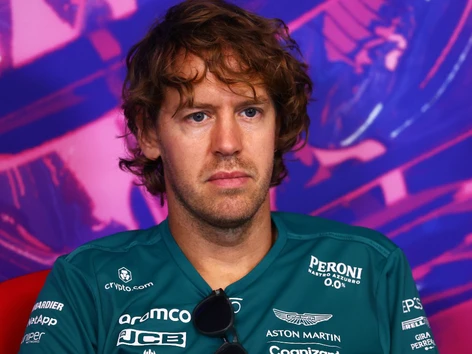 Vettel drives a car that has a monstrous appetite for fuel, travels a lot by jet, and is sponsored by Saudi Aramco. I’m just trying to draw up a list of machines that rival a Formula One race car in their dependence on good old fossil fuels. His name is Sebastian Vettel and he was in Montreal this past weekend for the Canadian Grand Prix . Within the racing world he is a celebrity, a four-times world champion.

He is either a conflicted Formula One race car driver, or a global warmist of limited passion. Vettel is just a man who loves to ride around at astonishing speeds in multimillion-dollar machines, which chug those dear old fossil fuels by the whale-load, in front of thousands of people who drive to his venues just to watch him. And he has illustrious associations, being sponsored by Aston Martin, with financing from Saudi Aramco, the world’s largest oil producer. Vettel has little choice but to jet from country to country and continent to continent.

So here again we may see him more as a customer than a condemner of fossil fuels.