COVID-19 can kill off crony capitalism, if we let it

Jeff Booth is the author of The Price of Tomorrow: Why Deflation Is The Key To An Abundant Future. The economic system we have relied on is breaking down. Amplified by COVID-19, society is on a collision course that most are not even aware of, caused by two competing forces […] 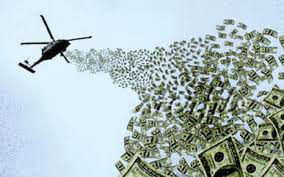 The Coronavirus and the federal government’s response to it have set off free-floating anxiety, which in turn has affected economic and financial market optimism and pricing — sometimes with a downward tilt, and sometimes with an upward lift. Witness to that was the immediate 30% one-week decline of the S&P index when […]

Conrad Black: A path out of the coronavirus lockdown

That being the case, it is time to reevaluate Canada’s anti-coronavirus policy. As in many other activities, what happened in Canada has tracked events in the United States, especially as the Canadian media relentlessly repeats to the American anti-Trump media. Indeed, while President Trump greeted the initial discussion of the […]

Meanwhile, green energy’s marginal and largely meaningless existence will be expensive for both taxpayers and electricity customers The vocal and well-financed green lobby regularly lectures Canadians that there is no contradiction between a strict environmental agenda and economic growth. In fact, green advocates trumpet that the two are positively related, […]

A Did Not Cause B

A = coronavirus. B = economic meltdown. A caused B. That’s the mainstream narrative when it comes to the economic pain we’re feeling right now. But in reality, A did not cause B. B was in the works long before A came along. Of course, the mainstream never recognized the […]

A Blocker Moves to the Pandemic’s Front Line

Laurent Duvernay-Tardif is a Canadian soccer guard for the Kansas City Chiefs of the National Soccer League (NFL). He was drafted by the Chiefs in the sixth round of the 2014 NFL Draft. He played college football at McGill University in Montreal Quebec Canada. He is the first medical school […]

World’s biggest oil-backed exchange-traded fund says it will dump its June holdings The price of oil slumped again on Monday as the imbalance between too much supply and not enough demand continues to grow. The North American oil benchmark, known as West Texas Intermediate, lost more than a third of its […]

It’s Not Your Ordinary Recession, Nor Recovery

It’s obvious the economy has taken a large hit. Not just in the US but globally. When demanders and suppliers are told to go home what else should one expect? The question is what lies ahead. An endless recession or spontaneous growth? The drop in employment and income will no […]

Peter Foster: Another report reluctantly admits that ‘green’ energy is a disastrous flop

This report should be profoundly embarrassing to the government of Justin Trudeau Amid hundreds of graphs, charts and tables in the latest World Energy Outlook (WEO) released last week by the International Energy Agency, there is one fundamental piece of information that you have to work out for yourself: the percentage […]